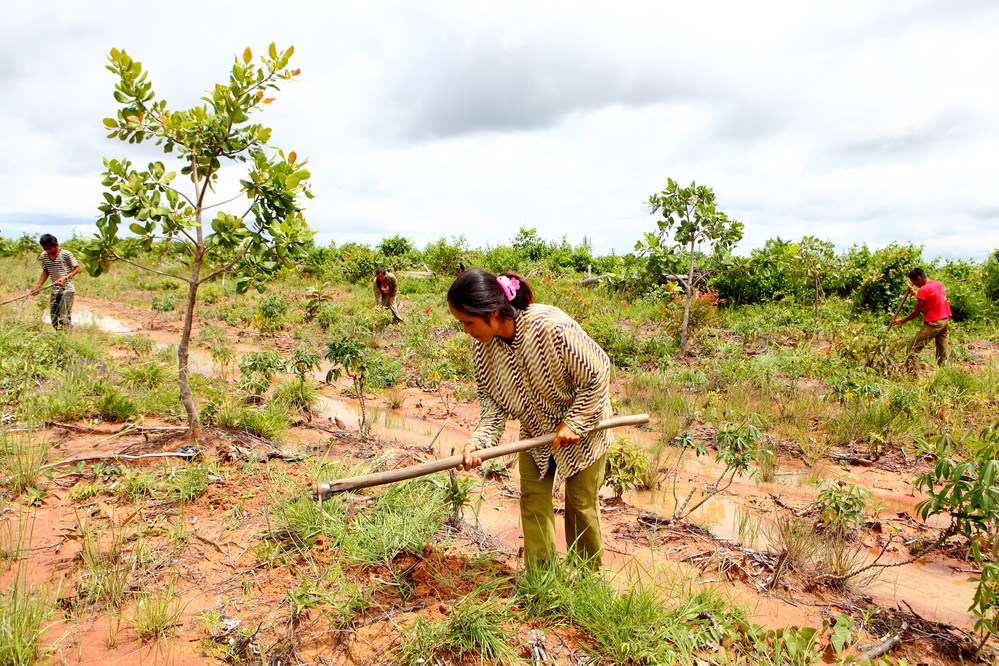 At least 70% of the more than 700 million people across the world living in extreme poverty live in rural areas – people who depend partly or completely on agriculture to survive. When climate change makes temperatures rise, rainfall patterns change, and water less available, that impacts agricultural production.

So it is crucial to work out how the sector can adapt to climate change and manage the risks that come with it in order to produce enough to feed the world’s growing populations is therefore crucial.

With this in mind, senior officials from Rome-based UN organizations – the Food and Agriculture Organization (FAO) and the International Fund for Agriculture (IFAD) – are joining SEI experts in round-table discussions at an IFAD-hosted event.

“Research is a crucial element to meeting the goals set in the 2030 Agenda for Sustainable Development, and that’s why we are excited to learn about the climate adaptation experience of SEI,” said Paul Winters, Associate Vice-President of IFAD’s Strategy and Knowledge Management Department. “We are also excited to explore possible future collaboration to further expand on our IFAD-Sweden strategic partnership.”

IFAD has long been a partner in the Swedish International Agricultural Network Initiative (SIANI), a project hosted by SEI.

The Rome meeting gathers representatives from IFAD and FAO as well as members from countries’ permanent representations to the UN organizations there. “Several SEI projects make regional and global connections and look to show trends that go beyond national contexts,” said SIANI’s deputy director Matthew Fielding, who led the delegation. “This can hopefully provide valuable insights for organizations whose work is very much framed in a national context.”

Presenting work across a wide spectrum

For example, SEI’s work in Adaptation Without Borders – an initiative with other European climate and development think tanks – looks at the connections that trade in different staple foods such as rice establishes among countries across the globe, and the implications from that.

One example is Vietnam, a country in which smallholder farmers produce most of the rice, which the Vietnamese rely on both for their own food security and for export. But Vietnam is also one of the world’s top rice producers, and many other countries depend on rice imports from there.

Research shows that because of its trade connections spanning the globe, Vietnam alone accounts for roughly 23% of all climate risk in the global rice trade. So, when rising temperatures and changing precipitation patterns put rice production in Vietnam at risk, that will likely impact food security in African countries such as South Africa and Tunisia, as well as in American countries such as Colombia and Nicaragua, and of course Asian countries such as Thailand and Indonesia.

“Our research reveals that significant dependencies exist not only for rice but for other important staple crops such as wheat and maize,” said SEI Research Fellow Kevin Adams. “It thus provides the foundation to identify areas of mutual interest and generate international cooperation on adaptation, which is not only possible, but needed.”

Other work presented includes the initiative on supply chain transparency, Trase, which seeks to support the sustainability of commodity supply chains. “The Trase online platform contains a lot of information on the consumer side and it shows clearly how consumption impacts natural resources and nature,” said Matthew Fielding. “To be able to attribute consumption with deforestation or other negative impacts on the biosphere is relevant to all development work, and the way Trase establishes those connections is novel and thought-provoking.”

Rounding off the SEI presentations is work using service design. What may sound artsy actually means development interventions that engage with actors on all levels, including the local, to develop solutions that are both nuanced and relevant, as well as robust and scalable. A case study conducted in Uganda showed that service design made it possible to introduce an insurance for smallholder farmers – often considered “uninsurable” – against weather and climate shocks in a way that avoided negative social impacts and thus improved the uptake of the insurance product.