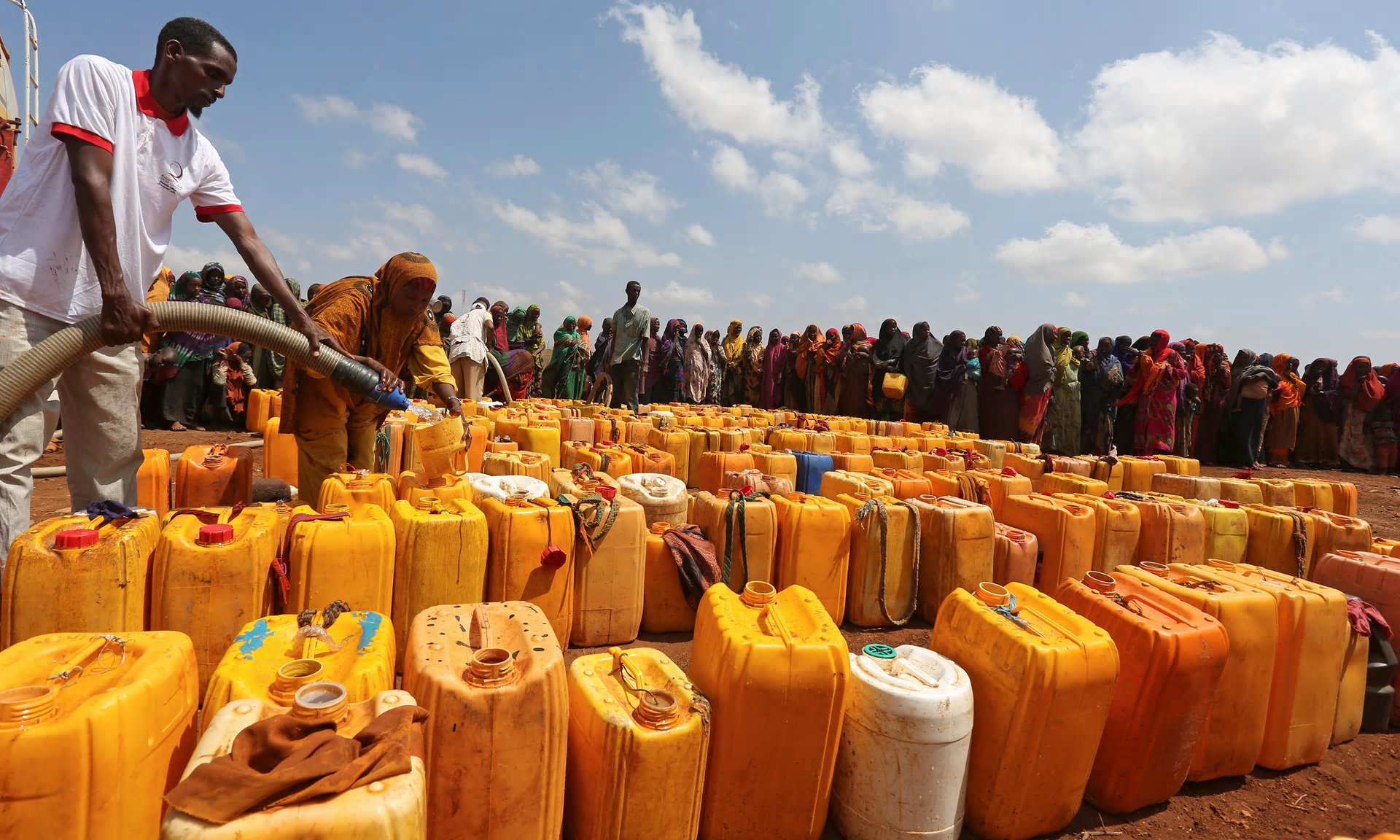 Disaster insurance offers a new model for economic self-sufficiency. In African countries, every $1 invested saves $4.40 in the aftermath of an emergency. Drought is a slow and predictable natural disaster. We know it will happen again, and we know much of its effects are preventable if money is invested at the right time. So why do we wait for people to die from hunger induced by droughts before we start calling for emergency relief money?

The UN recently launched a $864m appeal to help 5 million Somalis in dire need of food assistance because of drought. But what if the Somali government could have taken out an insurance policy against such a disaster? They could have responded to their own crisis before a famine claimed lives and far less money would be needed. They would not now in a situation similar to six years ago, when a drought-induced famine killed 260,000 Somalis.

Senegal experienced a similarly intense drought in 2014, but Senegalese children did not starve to death. In fact, there was little international media coverage of the drought because Senegal, Mauritania, Niger, and Kenya led the creation of African Risk Capacity (ARC), a mutual insurance company into which they pooled resources.

Catastrophe risk pools like the ARC have emerged over the last 10 years to protect vulnerable populations and national budgets in case of extreme weather events. And they’re working.

The risk pools use technology to assess losses and trigger payouts earlier than in the traditional response system. To date, 26 countries in Africa, the Caribbean, and Central America have pooled their risks. The Caribbean version, which provides insurance against hurricanes and earthquakes, paid out almost $30m to countries hit by Hurricane Matthew last year.

Meanwhile, in 2015, the ARC paid out more than $26m after lack of rains in the Sahel just south of the Sahara Desert. With that money, Senegal’s government say they distributed food assistance to 750,000 people, and 87,000 livestock herders benefited from the sale of subsidised food for their livestock.

While these insurance payouts can address urgent needs, it cannot replace international assistance in times of severe ongoing drought, such as the one in Somalia. But early cash assistance to families from insurance reduces the overall need for aid.

The International Organization for Migration is now also seeking $24.6m in an emergency aid appeal for Somalia, which is precisely the type of funding that ARC provides.Each dollar invested in ARC before the catastrophe saves $4.40 in the aftermath, according to research from Oxford University.

In Senegal, the response to the 2014 drought was led and funded by the government and targeted the most vulnerable populations, including children under five and lactating mothers. The rapid response meant that we did not see pictures of dying children and cattle on television. Witnessing its effectiveness, more countries have since joined the ARC: Malawi, Gambia, Mali, and Burkina Faso.

And it’s not just responding rapidly with cash that makes a difference in a disaster; countries must think about how that assistance will be deployed. Somalia, given its complex socio-political environment, would not have been able to deploy its assistance in the most efficient way, even if it was part of an insurance scheme. But the government of Somalia could have chosen to deploy any assistance covered by insurance payments through the World Food Programme (WFP) or other partners it has worked with before.

This was the case in Malawi this year. After receiving a $8.1m payout from ARC, the government is considering allocating a portion of the money to a cash transfer activity implemented by the WFP.

Drought insurance is still relatively new to countries in Africa, and Somalia’s government is probably not in a position to pay insurance premiums. But it would have been more cost-effective for Somalia’s donors to cover a $3m ARC insurance premium, instead of committing millions more in emergency aid after the onset of drought.

Risk insurance offers a targeted, effective and sustainable way to address the impacts of climate change or natural disasters and could, over time, reduce the need for ad hoc humanitarian assistance, which has swelled to nearly $25bn internationally. This is simply not sustainable.

Instead, let’s support countries in their efforts to plan ahead and respond through African-owned and led initiatives. Had Somalia been insured, it could have received millions of dollars in immediate aid to combat famine instead of waiting months for international aid to arrive. The cash would have arrived in September and in February, immediately after its two devastating harvest seasons and several months prior to Britain’s decision last month to support the emergency relief response with £100m (much appreciated but a little late).

This cash could have been used to protect the 60% of the country’s livestock that has already died, or help prevent the 110 deaths recorded in just two days in March.

African countries can interrupt the cycle of drought, loss and death by banding together to insure against weather calamities. This translates into lives saved, and offers a new model for economic self-sufficiency.

Assia Sidibe is head of government services for west and central Africa at African Risk Capacity.