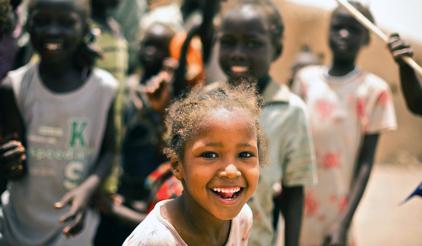 World leaders will gather in Addis Ababa, Ethiopia, next month to focus on the issue of global development financing. The EU/ACP initiative to build resilience to natural hazards in Africa will be launched next month at the Financing for Development conference.

NAIROBI, 17 June 2015 – The Third International Conference on Financing for Development (FfD3) is another key milestone in the post-2015 development agenda aimed at reducing extreme poverty by 2030.

Margareta Wahlström, Special Representative of the UN Secretary-General and Head of the UN Office for Disaster Risk Reduction (UNISDR), said: “A key element of the Sendai Framework is the insistence on the fact that public and private investment in disaster risk reduction through structural and non-structural measures are essential to build resilience to disasters and can result in improved economic growth and job creation.”

“The alternative is that disaster losses can feed back into other outcomes such as deteriorating health and education, and worsening poverty. This in turn heightens future disaster risk for vulnerable groups,” Ms. Wahlström added.

The Sendai Framework is a global plan, running from 2015 to 2030, the goal of which is to reduce disaster risk and losses in terms of lives, livelihoods and health, as well as to protect the assets, including the economic assets, of persons, communities and businesses.

“When disasters hit, poorer countries, communities, and businesses often struggle to recover,” said Ms. Wahlström. “The world needs a forward-looking agreement on financing for sustainable development which takes on board the priorities of the Sendai Framework and recognises the importance of risk-informed investment in urban growth and land development and key areas such as education, health, and critical infrastructure. If you understand risk then your investments will build resilience to disasters.”

Water, weather and climate hazards dominate the disaster profile of Sub-Saharan Africa, affecting, on average, around 12.5 million people per year. In 2014, over 6.8 million people in Africa were directly affected by a total of 114 recorded disasters.

There are, however, many examples of disaster risk reduction measures that have been successfully implemented across the continent. In Ethiopia, micro-insurance and early warning systems have been introduced to help farmers combat drought and build sustainability.

In the Democratic Republic of the Congo, the UN Environment Programme has implemented an initiative to improve water quality in the Lukaya River basin that integrates an ecological disaster risk reduction approach. A similar initiative was carried out also in Sudan.

A policy to implement early warning systems and cyclone-resistant classrooms in Madagascar has reduced the number of disaster-related deaths in schools since 2006. And in 2014, South Africa pledged to implement minimum standards to engage older persons in disaster risk reduction and to meet their needs as part of a campaign by UNISDR for the International Day for Disaster Reduction. Finally, Mozambique has established an integrated plan for disaster risk reduction and climate change that aims to address the vulnerability of the country to climate hazards, in particular the capital Maputo, one of the most densely populated cities in the world.

These examples are just a small indication of the many activities and programmes that have been or are being implemented across the region aimed at reducing the risk of disasters and building sustainable livelihoods.

The UNISDR is coordinating global efforts to ensure the implementation of the Sendai Framework. As part of this a new initiative – the “Building Disaster Resilience to Natural Hazards in Sub-Saharan African Regions, Countries and Communities” programme — will be implemented in Africa as part of cooperation between the European Union and the African, Caribbean and Pacific (ACP) group of countries.

The official launch of the programme in Africa will take place during a side-event at the FfD3, attended by the programme implementing partners and disaster risk reduction stakeholders for Africa. FfD3 runs from 13-16 July.